I met Florimond in Hawaii. We were students in a program there and traveled together to Mexico and the Dominican Republic for the volunteer portions of the school. But four years had past by the time I finally visited Flow in France and was introduced to his darling wife, Nelly. After much anticipation, and years of efforts to stay in touch, I kicked off my summer Euro-backpacking trip by boarding a one way flight to Paris… everything (and everywhere) else, would fall into place in due time.

With embarrassment I admit: I had prepared myself to dislike Paris. From my social conditioning, a stereotypical Frenchperson was expected to loathe the stereotypical American. To my professor’s demise, I had enrolled in one semester of French in college to attempt to prepare myself for the trip. It didn’t click.

But traversing throughout France surprised me. The architecture was stunning, and my interactions with people was endearing. I stayed at through AirBNB in the Latin Quarters, and my host treated me to excellent conversation, an evening of cooking together, and a bottle of wine to send me off.

It was also in France that I learned about BlaBla Car, a website for organized rideshare in Europe! After days of waltzing through Paris, I met Camille for our drive to Strasburg, in the east of France. It was there that I was reunited with my friend, Flow, able to finally meet his wife. Some of the delicious cheeses they treated me to were Munster, Comté, and Fromage de chèvre. We paired them with breads and fruits, and laughed about different flavors we all liked or disliked.

Sadly, I lost the majority of my pictures from the trip, but I’m glad for the epic photo that documented the day where I was taken on a culinary tour of French cheeses at the table of a long-lost friend and his sweet and funny wife. 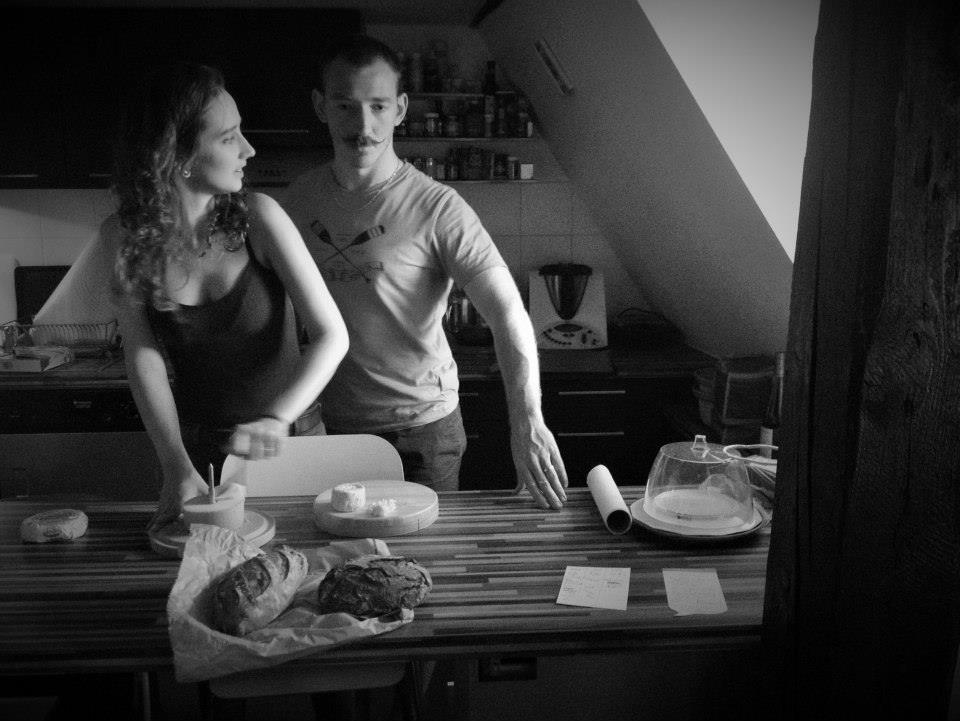