A blood-red sky clothed earth at dusk,
I gazed through the chain-link fence.
Heavy-laden within my being I
pondered new-found understanding,
and each-and-every-thing I never knew.

At a take-a-book-leave-a-book, one had stood out,
the auto-biography of a brave little girl.
Travelers before me left worn, tear-stained pages,
its burden opposing the paperback’s light-weight.
Stories that followed were gut-wrenching tales
of power, corruption, and war-torn rememberings.
First They Killed My Father, the heart-breaking title proclaimed,
and tragic words of non-fiction were uttered. 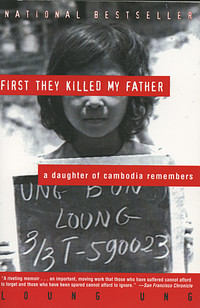 Terror-filled witnesses one generation before,
told their tainted Once-Upon-A-Time of this brutal regime.
A self-centered general whose name was Pol Pot
and his army of piece-meal soldiers:
the ill-refuted Khmer Rouge.
Panic-stricken Cambodians were trapped in the homeland,
as the task-force turned on their own kin.
The well-studied class were condemned to die,
along with the politically-inclined.
Loung Ung, a faultless child exposed to the brutal mass-murders,
narrates the spine-chilling account of how
her father, a high-ranking government official,
was forcibly taken from his empty-handed family.
Daughter of Cambodia, we promise to forget-you-not.

A school was transformed to a torture-chamber,
where people young-and-old were systematically slayed.
Blank-stares greet you now from the Tuol Sleng Genocide Museum,
where pictures introduce us to the innocents wrongly-convicted.
Their life-lines cut short from their imprisonment at
S-21 by starvation, electric shock, waterboarding and other horrors.

With a head-ache from questions,
and eyes brimming-with-tears,
I looked out at the earth set-aside after years.
The criss-crossed wire fencing was marking the fields,
where mass-grave sites contain over one million lost souls.

How had the fate of this far-distant world
never once made it into my “first-class” education?
And why is it that the depths-of-depravity
have to exist among the bonds-of-humanity?

Our west-texts are broken; we fail standardized-tests.
Again I return to the never-ending struggle I have
with my western rite-of-passage and how,
despite awe-struck gratitude,
or a dedication to life-long learning;
museums of genocide and earth-shattering tragedies still
exist. 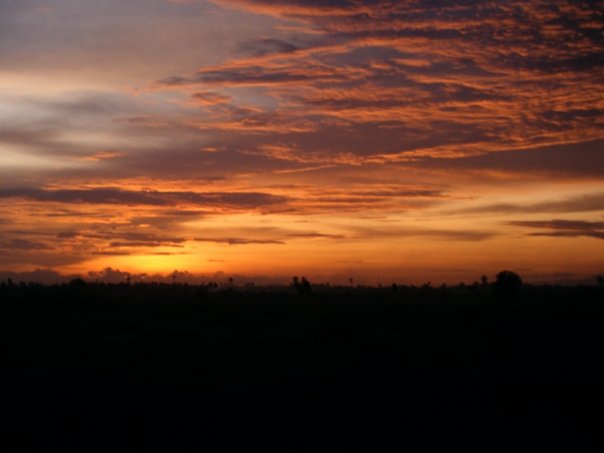